I enjoyed this experience! It got me a few times and i haven't played a horror game like this in awhile the scares got me good and it reminded me of the older indie horror games that i used to play when i was younger. Good job! If you wanna see my playthrough here it is!

really cool and kinda simple but hey cool one

Glad you liked the game! Appreciate the kind words!! :-)

Thanks so much for trying out my game! I really appreciate your kind words! :-)

Reply
Horrorcrawler1 year ago
My friends and I played this for a Random Horror Games video, the game looked interesting to me because of the thumbnail for it as well as sharing the likeness in name of "Happy Death Day." The game has nothing to do with the movie and to me was very predictable. The sound was astonishingly loud, in the video my friends jump because it sounds like something is destroying their eardrums. That being said I didn't know this was a game jam game at the time of playing it and for what it was it was excellent. The game functioned which is more than I can say for some of the other games we played. Keep up the good work and I can't wait to be scared by you in the future, I'll be following to see what happens next

Mention of this game at 9:24, Best intro ever at the beginning.
Reply
Blaze Studios_7861 year ago

Thanks so much man! I really appreciate the kind words! And yes, more projects coming in the future... ;-)

I am not sure what version I played but not bad for a Game Jam Entry, I enjoyed it!

Thanks man! Happy to know that you enjoyed it!

I see now that there are two versions, I'm unsure which I played lol. That being said I love the premise of puzzle/escape room type deal that's going on. I'm just a little disappointed with how easy it is. It's a jam game so I can't really complain though. I think you did a great job. I did find it really funny that you can just walk straight through the garage door. Thank you for making it!  Here's my experience if you're interested in checking it out.

Thank you so much for the kind words! I really appreciate your feedback! You actually played the game-jam version, which has many bugs (like the garage door bug). Anyways, I'm glad you liked the game! :-)

Really??? I'm gonna check out the other version in my free time then, thanks for letting me know!

Reply
Adrionic1 year ago
Although it was a very simplistic game, I still found this very enjoyable. The level design somehow added to the overall creep factor. This was great!
Reply
Blaze Studios_7861 year ago (1 edit) (+1)

Thank you so very much for the kind words! I'm glad you liked the game! 😄

the sound in the game seemed like it was coming out of stero with the volume too high. also by the time you open the safe you have to position yourself in the right position to get the lock pick out of it which the first time even though I was standing right in front of the safe I couldn't pick anything up so I thought the game glitched and started over till the same thing happened in the second play through of the game and I had to watch a video to see that there was something in there that I just needed to be at the right angle. which sucks because you think that looking at it head on would be enough.

also is there anyway to open the white door on the second floor or no?

Yeah, ik there are many glitches. I'll fix them in the next update, and I'll also reduce the volume. Also, the white room has nothing puzzle related in it, so dw

I had a good time with this one. xD
A suggestion I can make is the sound effects are a bit too loud and that's saying that with my speakers turned down by a lot. Past that, it was a fun, short horror game. Great job dev!

Yeah, I will surely turn the overall game volume down in the next update, thanks for the feedback. Also, a big thank you for playing the game! I am new to game development, and surely need to improve on many aspects.

Ikr, it's pretty glitchy, especially the inventory system; didn't have enough time to polish the game and fix bugs. But I'm gonna fix these bugs and release an updated version soon after this game jam ends

Thanks a lot for playing! 😄 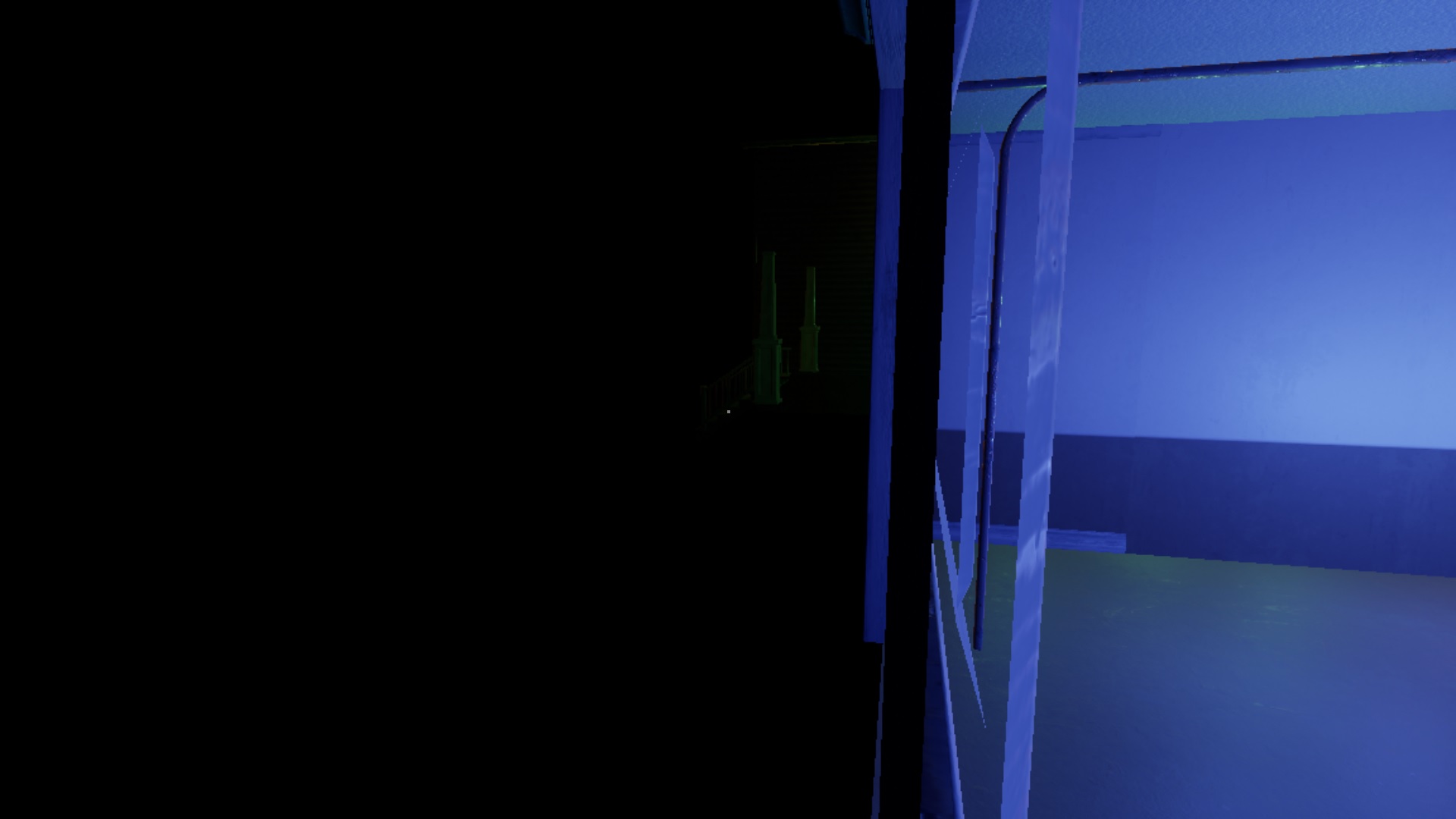 Could you please tell me what you were doing during which the bug occurred?

you can go through garage door, it is not blocked

Oh ok, thanks for letting me know!

Reply
DragonExplosion1 year ago
Hey there, I am DragonExplosion and I am a youtuber. If you like my videos, please leave a like and subscribe at my channel.

I think this was a fun and short horror game where we have to solve puzzles to "escape". It reminded me of Luca's Birthday from Resident Evil 7. For me, I felt that the puzzles could have been made more difficult so that the player has more things to solve while having to deal with more jumpscares and horrifying sound effects. It would be cool if there are more horrifying aspects of the game and maybe the demon could be designed to look more horrifying. However, for a game that was made in a time span of 2 weeks, the game looks really good with decent horror effects and gameplay.

Thank you for reading my comment and I wish you good luck in your future endeavours.

Thanks so much for the feedback, and also for playing the game! I plan to improve on the game much more! ☺️

I fixed the bug, where the inventory stayed during the cutscene! Sorry for that.

Also, what you were doing wrong was that you were pressing "tab" for using an item, which actually opens up the inventory. You were actually supposed to press "LMB" for the "Use" menu to open, and I had mentioned it in the controls as well as in the in-game tutorial.

So I hope you'll play the updated version when it's out!

Wow Nice Work....That First One GOt me so bad

OMG!! THANKS SO MUCH FOR PLAYING!!☺️

The Game Was Really Good!

Thanks so much! Unfortunately, I can't play any of the other games today. But I will surely check out your game tomorrow! 👍

Btw, were there any bugs?

Oh, thanks for the feedback! Btw, 2 questions :

1. Did you complete the full game?

2. How many times did you actually get jumpscared?

A Bunch I Actually Shivered Lol

Honestly, I'm so happy I participated in the jam! You really get to learn a lot abt the diff aspects of game development!

PS : The game is quite small, so did u complete the full game?